Yes. Satguru Mata Amritanandamayi Devi (Amma) does give Mantra Diksha to her devotees and earnest spiritual seekers. She gives them selectively, at her own discretion, when a request is made to her while taking her darshan. She gives mantra diksha to householder devotees as well as to renunciates and Brahmacharis & Brahmacharinis. She selectively gives diksha to non-Indian, non-Hindu devotees too. Several of her western devotees have taken diksha from her.

What sort of mantra does Amma give?

Amma mostly gives diksha to devotees based on their existing Ishta (personal God) – It could be Shiva, Devi Parashakti, Kali, Rama, Krishna, Vishnu and so on). On some specific cases, she may give an alternative mantra (other than the seeker’s Ishta) too, as she knows the innate nature and tendency of the person whom she is giving Mantra.

There are also cases where a person has already taken diksha from elsewhere (like Sri Ramakrishna Math, for example) and may want Amma to give him mantra again. In some cases, Amma may advise the person to continue with the old mantra.

A lot depends on Amma’s assessment of a person’s samksaras.  For some, she may ask to wait for some more time before asking for mantra.

When does Amma give Mantra?

A person who wants to take Mantra diksha from Amma has to request her when he/ she is taking darshan from Amma. If Amma agrees, the person has to wait till the darshan comes to the end on that night. Amma will give diksha at Amritapuri Ashram as well as at other places where she tours. Diksha will be given only on her darshan days and not on non-darshan days. When Amma is in Amritapuri, Wednesdays, Thursdays, Saturdays and Sundays are the normal darshan days.

Depending on the crowd, Amma’s darshan may end at any time in night — before midnight, after midnight, early in the morning etc. Those who want to take diksha from her are expected to wait till the darshan ends at whatever time.

Announcement will be made in the TV screens calling the persons who are waiting to take mantra diksha to assemble at one designated place near the dais. Amma’s assistants will note down your Ishta Devata or your preferred God and hand over to you a Mantra card containing your mantra (to be kept secret with you and not to be disclosed to anybody) and the necessary instructions regarding preparations and practices of chanting the Mantra.

Before Amma leaves the stage after giving darshan to all the people, she calls the people who are waiting for receiving the mantra. Amma hugs each person and whispers the specific mantra meant for the person into his/her ear. She blesses them by sprinkling flowers on their head and giving them a prasad.  Except for waiting for this time to arrive, there are absolutely no other procedures involved.

If one needs any clarifications or has any doubts, they can always approach the assistants and they will help you. 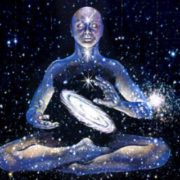 What is Love? Where is love? How does love work? Does true love exist?

If God’s name is powerful, then will not be fine if I chant “Ram, Ram” or “Shiva, Shiva” etc? Why do I need for any Mantra diksha from a Guru?

If the self is already eternal, deathless, and one with Brahman, why do I have to make any spiritual effort in life?
0 replies

Are Brahmins alone the sole saviors of Hinduism?

Glossary – Some commonly used Sanskrit words in Hinduism & Their...
Scroll to top
About the Author ...