Hinduism is spreading around the world definitely, but not by conversion but by acceptance of Sanatana Dharma (Hindu’s dharmic way of life) by so many followers who won’t figure in any national census identified as Hindus!

Hinduism as a religion practised at a commoner level (worship of different God forms, formal temple worship, rituals etc) may not be spreading (except perhaps for Krishna Consciousness Movement by ISKCON) globally. Unlike abrahamic religions with one god and one holy book, Hinduism has so many  facets. Hence there is is virtually no commonly acceptable mode of conversion to Hinduism. There is no ‘business’ of religious conversion to Hinduism ever existing in it. There is virtually no impetus in Hinduism to convert people of other religions.

Hinduism has such a wide base that there are umpteen paths within it for one to practice Hinduism. One path of Hinduism that is most appealing to many well educated westerners is Jyana Yoga (The path of Knowledge) and Vedanta (essence of Upanishads). Many non-Hindus with spiritual mindset get hooked Vedanta and Bhagavad Gita and they start getting right answers to their nagging doubts on spirituality not satisfactorily answered in their religions.

And there is the contribution of great spiritual masters and Avatara Purushas of Hinduism who have influenced a lot of non-Hindus to the spiritual paths open to them in Hinduism. There are countless followers of these masters across the world:

Swamy Rama Tirta (1876–1906): He travelled Japan and USA in 1902 and influenced lots of Buddhists and Christians towards Hinduism. He spoke on practical Vedanta to Amrican audience. He was a true sanyasi in the sense that he travelled to USA and several other countries totally without carrying any money or luggage.

Paramahamsa Yogananda (1893–1952): He was greatly instrumental in spreading Kriya Yoga as an authentic meditation technique to the west.  He was the author of one of the greatest best selling books on Indian mysticism and Kriya Yoga  — The autobiography of a Yogi. Kriya Yoga is a technique passed on from Mahavatara Baba (reportedly a deathless Yogi of the Himalayas) to Sri Lahiri Mahasya and to his disciple Shri Yukteswar (Guru of Yogananda).

Bhagwan Ramana Maharshi (1879–1950): He was a Jyani of immense influence on earnest spiritual seekers from East and west. He stayed put in Tiruvannamalai, Tamil Nadu, India all through his life but his spiritual technique of Self-Inquiry attracted lots of seekers across the world even when he was alive.

Even now Ramanashramam at Thiruvannamalai where his mortal body has been laid to rest is attracting never ending stream of Westerners.

Swamy Sivananda Saraswathi (1887-1963): Another very dynamic Hindu Spiritual Master whose integrated Yoga attracted countless followers to Hinduism from east and west. He remained at Rishikesh at his Ashram (Sivananda Ashram) and like a magnet attracted earnest spiritual practitioners across the world. His spiritual organization is Divine Life Society and it has several centers across the world.

He promoted all the facets of Hinduism (Bhakti yoga, Jnana yoga, Karma Yoga and Raja Yoga). He emphasized the integrated practices of all Yogas for wholesome spiritual development. He was a prolific writer and all his writings were printed at his ashram and distributed them quite freely to all devotees across globe. 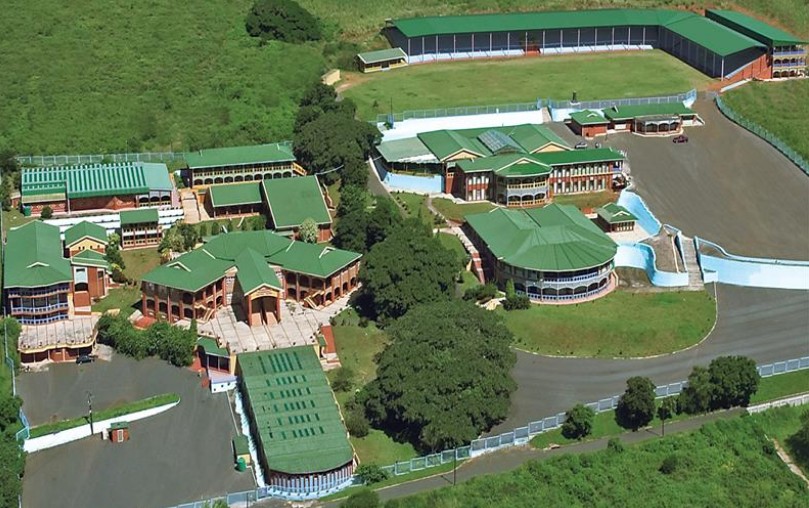 Sri Aurabindo (1872–1950): A great Yogi, who lived at Pondicherry (Tamil Nadu) and attracted lots of French people into Hindu spirituality. Mother Mirra (1878-1973) a French lady with lots of spiritual experiences from her childhood became his prime disciple and associate who headed the Aurobindo Ashram and gave spiritual guidance to earnest seekers across 23 years after Sri Aurobindo passed away.

Maharishi Mahesh Yogi (1918-2008):  Mahesh Yogi, a disciple of Swami Brahmananda Saraswathi of Jyothir Mutt became popular across the world by spreading Transcendental Meditation (TM) technique.  His headquarters  was at Vlodrop, Netherlands.  The Maharshi had reportedly trained some 40,000 yoga teachers and taught TM to some 5 million people across the globe.  It is no small feat to take the secret of ancient meditation technique originated from Hindu rishis and spread it globally across so many people.

Osho (Acharya Rajneesh): 1931–1990: A controversial Indian Guru who spread the normally secretive Hindu practice of Tantra to westerners and got into considerable trouble/ opposition from Christian orgnizations and US Government.

Even though Osho ended up as a failed messiah, he had quite a huge following. He was extremely brilliant and a great communicator. His books are still widely read by spiritual seekers for his erudition and humor.

Swami Satchidananda Saraswathi (1914-2002): He was a disciple of Swami Sivananda Saraswathi and did considerable work across Srilanka in spreading the awareness of Yoga. Later he shifted to USA and spread the message of Integral Yoga and the core spirituality of Hinduism.

Srila Prabhupada (1896–1977): His contribution is very unique in spreading awareness and attraction on Hinduism across the west in the sense that unlike most other masters (listed above), he took up the path of Bhakti — Krishna Bhakti (Path of Devotion to Lord Krishna as per Goudiya Vaishnava Sampradaya) and sucessfully influenced westerners in this path through his ISKCON movement.

Iskcon movement is now celebrating its 50th year. ISKCON has spread practically across the globe (over 80 countries) and it has temples dedicated lord Krishna in umpteen countries.

Western Krishna devotees (of ISKCON) singing and dancing hailing the name of their lord Krishna.

Nisargadatta Maharaj (1897–1981): Another wondrous Jyani, with very little formal education, a beedi seller/ petty shop owner by profession and a simple house holder in Mumbai who was hardly known to people of Mumbai, but attracted lots of westerners to the path of Self Inquiry as a valid means of self-realization. Nisarga Datta Maharaj’s teachings have a striking similarity with Bhagwan Ramana Maharshi’s though these two masters never came across each other. It is in a way validates the profound truth behind self-inquiry as a means of spiritual enlightenment.

Nisarga Datta Maharaj’s Marathi conversations were translated to English by Maurice Frydman and the book titled “I am That” got first published in 1973. This book gained lots of attention from earnest spiritual seekers from the west and many western seekers came to India and met Nisarga Datta Maharaj for spiritual guidance.

Swami Chinmayananda is credited with bringing about a worldwide Vedantic renaissance in the late 20th century through his introduction of Adi Sankaracharya’s works and teachings to the commoners. He was the joint founder and first president of Vishwa Hindu Parishad.

Satya Saibaba (1926–2011): A great Spiritual Master of core Hinduism, believed to be the reincarnation of the the venerable mystic Shirdi Saibaba, Sri Satya Sai attracted lots of people towards Hinduism across the globe. He never shied away from displaying his siddhis (miracles) that attracted many Christians towards Hinduism.

Satya Sai was both admired and criticized for his free usage of his siddhis. But the truth was that western people somehow orient displaying of miraculous powers as a sign of divinity (on account of their image of Jesus Christ who displayed lots of miracles).

Mata Amritananda Mayi Devi (Amma): (Born 1953, Now Living): Perhaps she is one of the greatest Hindu Spiritual masters when it comes to attracting countless people from East and west towards Hinduism. A fisherwoman by birth and educated just up to 5th standard, she is a self-realised Mahatma, who, in her early years went through intense tapas to realise lord Krishna and Devi Parasakthi in her own self. She is personification of divine love and an Avatar of Devi Parashakti to her disciples. For the world perched in utter selfishness and lack of genuine love, she spreads divine love unconditionally through her hugs. She has been travelling across Globe year after year since 1986.

So many of her western disciples have left their hearth and home to come and stay with her in her Ashram at Kerala, leading a simple life, dedicating their lives in selfless seva, singing Bhajans on Hindu Gods chanting Lalita Saharanama and practicing meditation and yoga. Countless philanthropic activities are being undertaken by Mata Amritanandamayi Math across globe serving the poor and needy and mitigating hardship of people affected by natural calamities.

Amma’s stories on Self-confidence, Determination and Purpose in Life (16 stories)

If the self is already eternal, deathless, and one with Brahman, why do I have to make any spiritual effort in life?

Why is Sri Ramakrishna Paramahamsa revered as a great saint?
0 replies

If Varnashrama system were ordained by God truly, why is not existing in other...
Scroll to top
About the Author ...