You are here: Home1 / Draft – Hinduism-Home Blog Page2 / Itihas & Puranas (Mythology)3 / Q&A-Itihas & Puranas4 / Is there any historical proof that Lord Shiva actually came to earth? Or...

Puranas are part of Hindu Smritis. Smriti means as remembered. Some things happened at some period of time (=history); those who knew it remembered it and told the happenings to their descendents. The descendents passed it on to subsequent generations as they remembered them.

Thus Puranas are said to be histories only, but as they were passed from generation to generation and as they were also poetic works, there was scope of plenty of exaggerations, over-bloated descriptions bordering on wild imagination, distortions, deletions, intentional and mischievous insertions and so on. They also contained metaphors and allegories which could be wrongly interpreted.

Different Gods were eulogized as the Supreme Gods in different Puranas. People have different tastes and temperaments; they got compartmentalized to worshiping different Godheads that suited their taste. People by nature, would not be happy simply by confining to glorifying their God. They would fight and establish that their God alone is the supreme as “proved” in their Purana and discount the other purana as a figment of imagination!

If one tries to prove that Shiva Purana is true as per history, a vaishnava would come with quotes from Bhagavata Purana where Shiva would be depicted to be a mean and insignificant God and claim that Bhagavata Purana alone is true history! And there will be retort from Shaivites, mocking at Vishnu who could not find the feet of Shiva after digging earth to any depth, quoting from their puranas.

Puranas could at the best be source of inspiration at the lower rungs of religion for one to gain faith and progress in spirituality to move towards Brahman, the God beyond name and form of the Upanishads and to the unity of Atman and Paramatman.

Else, only arguments and bad taste would remain. 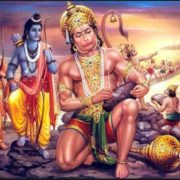 The concept of Avatar in Hinduism

Are Both Shruti as well as Smritis authentic scriptures of reference for Hinduism?

How come there are so many puranas containing same stories in different and distorted versions? Why some Puranas eulogize some Gods while others undermine the same Gods?
0 replies

How does a seeker get his right guru? How to seek him? How to approach him?...

Was Bhagavad Gita directly written by God / Sri Krishna?
Scroll to top
About the Author ...