You are here: Home1 / Draft – Hinduism-Home Blog Page2 / Various Facets3 / Article-facets4 / Are Both Shruti as well as Smritis authentic scriptures of reference for...

Both Shruti (Vedas) and Smritis (covering Puranas, dharma shastras, Tarka shastras, Itihasas, Bhagavad Gita, Agamas/ Pancharatras  and so on) are indeed parts and parcels of Hindu sacred books of reference.

Most Smritis invariably claim their allegiance to Shruti. Smritis are derived works of and supportive additions to Vedic knowledge. Smritis came up to spread the Vedic knowledge in a simplified and easily comprehensible manner to people cutting across all varnasramas. Some Smritis may also contradict with each other in interpreting Vedas/ Upanishads.

In Brahma Sutras, Sage Vyasa asserts many points on the essence of our Upanishadic philosophy by stating that it is confirmed in Smriti.

However, the authority of smritis is not total or all-encompassing.

For example, dharma sastras like Manu Smriti, Parasara Smriti etc are rather time bound; there are certain things in them that are suited for specific period of history and culture of the society, which may not be applicable to a society a few centuries later to their period.

If some smritis contradict in some ways the conclusions of Upanishads, then those contradictions may not be acceptable as authentic conclusions. For example, The existence of God or supreme being is not directly asserted, nor considered relevant by the Samkhya philosophy (a Smriti).  Since this contradicts with Upanishads (that affirms existence of God beyond name and form as Brahman)  this particular notion in Samkhya is not considered authentic.

In Puranas, there are different prime Gods eulogized as the Ultimate God in different Puranas. Sects of people accepting one God form as their Prime God may not accept the statements contradictory to their beliefs cited in other Puranas.

Vedic knowledge was primarily restricted to Brahmins and Sages. Though Kshatriyas and Vaishyas too had access to it, they were not permitted to chant and propagate Vedas. Vedas were not accessible to Shudra class and also to ladies, including Brahmin ladies.

It is said that Maharshi Vyasa wrote Mahabharata with a purpose of making dharma shastras, upanishadic knowledge and other valuable guidelines for the welfare of the people at large, particularly to ladies and Shudras who had no access to them otherwise. Itihasas and Puranas carried the essential wisdom in a simplified way explained through stories and parables.

Shruti (originally in Sanskrit language) which was strictly restricted for propagation through qualified and disciplined Brahmins who had to follow a life of strict austerities; Shruti was bound by rigids rules, chanting procedures and restrictions to ensure their propagation through verbal chanting retaining their pristine nature without giving scope for distorsions and mutations.

On the other hand, Smritis (originally in Sanskrit language) had scope for easier propagation, for copying and spreading, accessible for translation to other languages and so on even in olden days. As a consequence, Smriti texts, as times passed, had scope for manipulation, distortion and insertion of additional texts by scholars and pundits whose knowledge and also caliber got diluted and narrowed in course of time.

Smritis (particularly puranas and ithasas) were allowed to be propagated widely by Pouranikas (bards / exponents of puranas who had knowledge of Sanskrit) and Pournikas were not restricted to Brahmin caste. It appears that some pouranikas were Sutas (person born from Kshatriya father and Brahmin mother) who were not permitted to propagate Shruti.

If Vedas (Shruti – meaning as heard) were transmitted only by word of mouth across several centuries, how come their pristine originality was maintained? 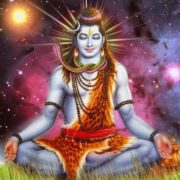 Is there any historical proof that Lord Shiva actually came to earth? Or have we to only go by Shiva Purana, Linga Purana etc on these matters?

Why were Brahmins treated superior in ancient India? Do Brahmins of the present day really think they are superior to other classes of people? Is ‘Brahmin pride’ really justified?

Do Hindu scriptures prohibit eating non-veg? Is it true that even Brahmins were non-vegetarians in the distant past?

Why do Brahmins perform all the Hindu rituals?

How come there are so many puranas containing same stories in different and...
Scroll to top
About the Author ...