“Peaceful Talking is the answer to everything (resolving every conflict). Isn’t it?”

There is no point in talking sweetly to a person who is a deaf, who is a lunatic, who is a drunkard, who is a drug addict or who is at the peak of egotism by virtue of his power, position, arrogance, self-rightism, and total lack of principles and values — a person of demonic tendencies.

Our scriptures suggest four-step process for resoling conflicts — Sama-dana-beda-danda. Sama is talking and trying to resolve issue by negotiations. If it fails, dana is to be tried — i.e. offering compensation, incentives; if it fails, next is beda —create a divide and internal disputes in the opposite camp; if it too fails, the last resort is danda – physical/capital punishment.

With people of demonic nature like Vali, Kara, Dushana, Surpanaka and Ravana in Ramayana and Kamsa, Sishupala, Jarasandha, Karna and Duriyodhana in Mahabharata, sama-dana-beda just won’t work. Lord Rama and Lord Krishna being Avatars knew pretty well that demonic people cannot be brought to the side of dharma by any means; punishing and eliminating them is the only way for establishing dharma.

What does Krishna say in Bhagavad Gita about the people having demonic tendencies?

“Demonic people don’t know what is right to do and what is wrong that should be avoided; They have no purity, no right conduct, no truth” (16.7)

“They say world is full of falsehood, unstable, Godless and is created by sexual craving through the union of man and woman….” (16.8)

“These people are petty minded; have no spirituality. They engage in fearful and abominable acts leading to destruction of world” (16.9)

“Losing themselves to insatiable desires — desires that will only end in death, thinking that fulfilling innumerable desires is the only highest goal of life, they become slaves to their desires and anger, and strive to earn money in all wrongful ways. They become head heavy, self-boasting, and arrogant” (16.10–12)

“They proudly claim “I got what I wanted; I will get what I desire; This adversary of mine was killed by me; I am going to kill them all; I am the supreme emperor; I am born to enjoy; I am the most powerful; I am the greatest enjoyer…. No one is equal to me …..” (16.13–15)

“Immersed in egotism power and pride, they hate me, the indweller in all living beings. I push these demons — the worst among human beings who are filled with hatred, crookedness and spite to demonic births again and again. These idiots, however many times they take birth, would never seek me; they are fit for lower and lower births only” (16.19,20)

Though Sri Krishna uses the harshest words and specifies the highest punishment for them in the above verses, in reality, both Sri Rama and Sri Krishna did their best to delay their delivery of punishment to Ravana, Duriyodhana and the like. They did try sama-dana-beda wherever feasible before taking up danda.

Krishna tried his best to avoid the war between Pandavas and Kauravas by personally going for negotiations. He did offer dana — in the form of the very country owned by Pandavas — just for giving 5 villages in exchange! He did try beda, by trying to woo Karna to Pandava’s side by offering him the kingship of Hastinapuram! But none of his tactics worked, precisely as he knew already.

Krishna excused 100 wrong doings of Sishupala and then only killed him.

Rama tried to reason with Ravana several times; he even allowed Ravana to retreat from warfield after he lost all his arms and stood vulnerable.

Only in case of Vali, Sri Rama went straight ahead with danda, perhaps based on the reason that the arrogant and powerful monkey king, who was obviously not amenable for any sort of reasoning with his own brother Sugriva will never be fit for trying out sama-dana.

What is the difference between Shrimad Bhagavatam and Bhagavad Gita?

With so many Puranas and stories of Ramayana, Mahabharata and so on, is not Hinduism just a religion of fairy tales?

When Bhagavad Gita says that we should offer the fruits of our work to God, where is the motive do the best of our work? 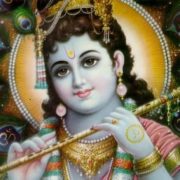 Why do Brahmins perform all the Hindu rituals?

What is the strongest argument in favour of Hinduism?
Scroll to top
About the Author ...