You are here: Home / Desire & Prayer. God's will

According to Hindu Karma Yoga, we have got only the freedom to work on whatever we want to accomplish, but giving the result is only in God’s hands. Agreed that you want something to happen so passionately. But who is the judge to decide whether your passion is really for your good, or for others’ good? 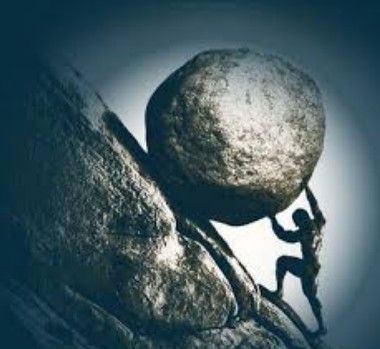 I may not be the best judge to decide what is the best for me because my thoughts, ideals and desires are highly contaminated by my ego. My vision of what is right for the future is also highly questionable. Suppose I want to have a huge bungalow near the sea shore for me to live and relax after my retirement. I have the money, I have the land, I have everything to satisfy my desire. But what if a huge tsunami strikes my dream bungalow and washes it away totally on the 3rd day I occupy the bungalow in the future?

Suppose I start my construction of the bungalow and somehow some hurdle or other keeps coming up and frustrating my construction plan. Naturally I will get angry and agitated and start blaming God for not paving the way for the fulfillment of a genuine desire of mine. But think of my mindset when the Tsunami strikes in future!

Of course, the above is only a fictional example. Now I will share with you a real life example that happened to one lady. This story was shared by a relative of that lady in a popular Tamil Weekly magazine some 25 years ago. Since the story had such an impact on my spiritual bend of mind, I still remember it to share it here:

This lady was an ardent devotee of Lord Ganesha. Every little wish or big wish she had in life, she would pray to Lord Ganesha. She experienced that most of her wishes got fulfilled by God that naturally increased her faith in Ganesha.

She had one ambition in life: She wanted her only son to go and study medicine in USA. She was particular that the University should be the top class in its category. She was quite rich and hence spending on her son’s education was no issue.

She motivated him constantly to fulfill her ambition right from his school days. She was constantly praying Lord Ganesha to make her dream come true. The boy was also reasonably brilliant who was willing to satisfy his mother’s dream.

He wrote the necessary Entrance examinations but he failed once or twice. This lady was disappointed. In the next attempt, he passed, but he could not get admitted to that specific University but got some other. The lady could not accept it. She wanted her son to attempt again with renewed vigor to get entry to that specific university campus only.

While motivating her son on one side, her prayers too were quite feverish. She was even questing Lord Ganesha why he had suddenly become deaf and not answering her prayers as he used to do earlier!

Finally, after one more attempt (this way, some 3 years have passed), he scored good ranks and managed to get a seat in the specific, coveted University campus.

The lady felt very happy. She showered praises on her Lord Ganesha for having listened to her ‘genuine prayers’.

The son went abroad and joined the University. After the passage of few weeks, there happened some student unrest in that University and some ethnic clashes took place within different groups of students. A shoot out too happened and in one of the cross firings, her son was unfortunately got shot by a bullet and he died at the campus.

When the news came to the lady, she was shattered beyond redemption. She started hating Lord Vinayaka and became an atheist.

Mind you, this is a real life story.